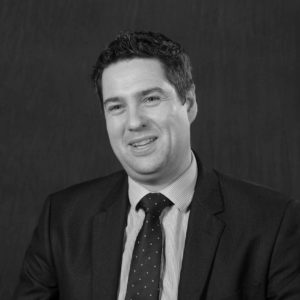 Having obtained his degree in Accounting from the University of Essex.  Ricky joined a top 20 practice where he acquired his ACA qualification.  Ricky joined Barnes Roffe in 2007 as an Audit Manager and was promoted to Partner on 1 January 2018.

Dealing with clients in a wide range of industries, Ricky enjoys the challenge and unpredictable nature of the demands faced in providing solutions. He is also involved in our qualified recruitment.

He has an expertise in service charge reporting for both commercial and residential properties.

When away from the office, Ricky spends his time with his wife and two young children. Ricky is a regular attendee of the Olympic Stadium, where he also makes his kids endure the rollercoaster ride it is being a West Ham fan!

"We would recommend Barnes Roffe to any other business as they are not only extremely professional in their audit role . . ."
Plane Saver Credit Union
"This is the third year that Barnes Roffe and their team have carried out the audit – and every year it gets better!"
Data & Marketing Association
"We have worked with the Barnes Roffe team on the day to day running of our business for some time and have always found them to be both efficient and friendly."
Drama Studio London
"Their personal service is what makes them stand out from other accountants."
Westin Gourmet
"A bespoke team of professional and friendly people that look after my tax affairs."
Unitrust Protection Services UK Ltd
"An integral part of our finance team working closely with us on all aspects of all the business."
Ticco Foods & Bindi GB Limited
"Barnes Roffe enabled us to be more tax efficient, and take the business forward to the next level."
Rapid Platforms Ltd
"For a truly personal approach and great business advice, speak to Barnes Roffe."
Premier Decorations
"Barnes Roffe have always been on hand to lend their advice and expertise"
MoreNiche
"Barnes Roffe offer fantastic advice and helped us improve our business"
Livett Launches
Read all Testimonials
Contact Us