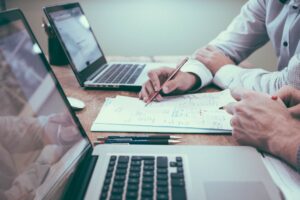 R&D tax credits are approved tax based financial incentives. They are intended to encourage and stimulate UK companies to invest in innovation and R&D. This is important to keep UK enterprises competitive in the global marketplace.

Over the last few years, more companies have become aware that they may be eligible for R&D tax credits, and this has led to an increase in the number of claims being made. Whilst this is in line with the Government’s intended policy, there are several changes to both HMRC’s approach and the tax legislation itself which are likely to be of relevance for many claimant companies. The key points are noted below.

There is a trend of HMRC seeking to challenge the basis upon which R&D project expenditure has been claimed under the SME scheme.We are aware of claims filed by several other reputable firms where HMRC have sought to examine the underlying commercial basis of the R&D projects. This change in approach appears to stem from the 2018 Hadee Engineering Co Ltd tax case, which HMRC won in the First Tier Tribunal (“FTT”).

It is important to note that the FTT result did not change the law. However, it has shown that HMRC are now raising strong challenges to ensure that the legislation is being applied appropriately.The FTT win has evidently given HMRC confidence to query certain key technical aspects of R&D tax credit claims. It does not mean that it has become harder to get a claim approved by HMRC.  However, it does mean that it is essential to take proper advice to ensure that R&D claims are prepared with due care and attention and with the appropriate presentational focus. The absence of this may lead to delays, the claim being rejected (in part or even altogether) by HMRC, additional tax due and even the spectre of penalties.

The main areas that HMRC are focussing on, following the “Hadee” FTT case, are whether a project is subcontracted and whether the expenditure is subsidised.Is the R&D project subcontracted?

Broadly, tax law stipulates that for qualifying project expenditure to be eligible under the SME scheme, the company must not be acting in the capacity of ‘subcontractor’ when undertaking the R&D activities relating to that project.

Where a project has been subcontracted, an SME must claim the expenditure incurred relating to that specific project under the RDEC scheme.

When reviewing R&D claims, HMRC are taking the view that if:

then the R&D activities are likely to be viewed as subcontracted – meaning that the project expenditure must be claimed under RDEC and not the SME scheme.

HMRC have been equating subcontracted out design to include “any and all” related R&D activities. In the FTT decision, the judge established that confirming the relationship between the two parties was key as the activities ‘could involve the product, the R&D activity or both’.

In the FTT decision, the judge referred to the following factors but with a focus on the first:

Key point – the rules haven’t changed but HMRC are raising challenges to enforce their operation.

When considering this point, the nature of the arrangements, the contract and any other supporting documentation will be important.

It is important to consider the commercial basis of each project separately when preparing R&D claims to determine whether each activity may be viewed as being subcontracted.

Should there be uncertainty over the position, we would recommend that full disclosure is made and the basis for the treatment documented within the R&D report.

Where companies are looking to sign large contracts for bespoke products, it may be possible to structure these to keep a prospective project within the SME scheme.

It may prove to be a cost-effective strategy to seek professional advice in respect of this issue, prior to the conclusion of any large contract. This is especially the case where the deliverables are anticipated to require a significant amount of innovation or R&D.

Appropriate wording may help mitigate the risk that HMRC are able to raise a challenge and so enable a project to remain eligible for the SME scheme, rather than RDEC.

Has the R&D expenditure been subsidised?

A company can only claim expenditure under the SME claim to the extent that it is not subsidised. Where expenditure is subsidised, it must be claimed under RDEC.

An example: an SME incurs expenditure of £100K on a project of which £30K is subsidised. The SME could claim £70K under the SME scheme and the balance under the RDEC.

HMRC’s recently published (and historical) approach has been that unless there is a clear and direct link between a receipt and an item of expenditure it will not be treated as subsidised. As such, unless there was a specific reference to a payment being made as a contribution towards R&D work being undertaken, then the project is not subsidised.

The issue is that contrary to this published view, in the recent Hadee case, HMRC sought to argue that ‘payment for a bespoke product, which included R&D’ would mean that a project had been subsidised.

Key point – this has now become a grey area and so as with the ‘subcontracting’ issue, the wording of contracts/nature of the commercial relationship will be the determining factor when establishing the appropriate treatment of expenditure.

Several potentially significant changes were announced, which may be of relevance to many claimants. Unfortunately, these announcements were light on any real detail, with little or no draft legislation included in the current Finance Bill. We understand that a consultation document is to be issued, with any resulting legislation to be included in a later Finance Bill so that the changes can be applied from 1 April 2023.

We will provide an update on developments in this area in due course.

Should you have any questions or require a consultation on this issue, please don’t hesitate to contact your Barnes Roffe partner.

"We would recommend Barnes Roffe to any other business as they are not only extremely professional in their audit role . . ."
Plane Saver Credit Union
"This is the third year that Barnes Roffe and their team have carried out the audit – and every year it gets better!"
Data & Marketing Association
"We have worked with the Barnes Roffe team on the day to day running of our business for some time and have always found them to be both efficient and friendly."
Drama Studio London
"Their personal service is what makes them stand out from other accountants."
Westin Gourmet
"A bespoke team of professional and friendly people that look after my tax affairs."
Unitrust Protection Services UK Ltd
"An integral part of our finance team working closely with us on all aspects of all the business."
Ticco Foods & Bindi GB Limited
"Barnes Roffe enabled us to be more tax efficient, and take the business forward to the next level."
Rapid Platforms Ltd
"For a truly personal approach and great business advice, speak to Barnes Roffe."
Premier Decorations
"Barnes Roffe have always been on hand to lend their advice and expertise"
MoreNiche
"Barnes Roffe offer fantastic advice and helped us improve our business"
Livett Launches
Read all Testimonials
Contact Us